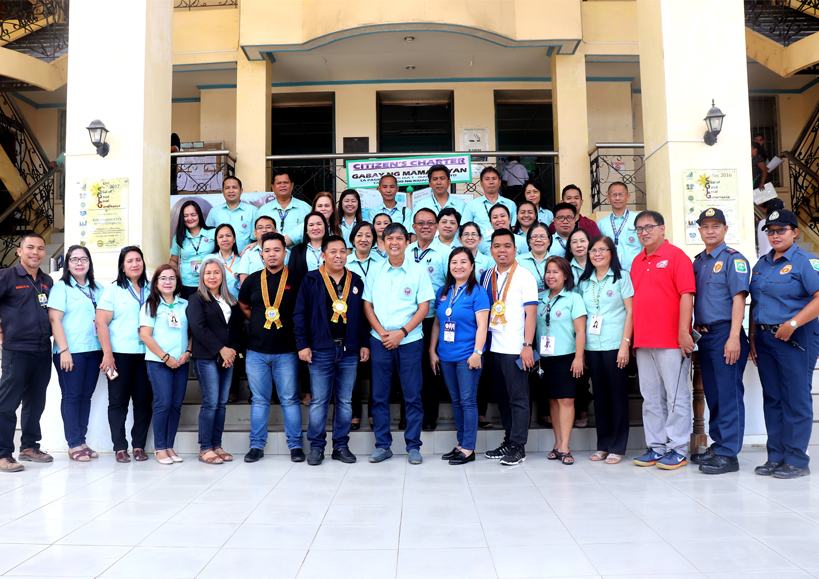 KIDAPAWAN CITY – THE CITY GOVERNMENT HERE is confident it will be awarded with the Seal of Good Local Governance by the DILG for a third straight year.

Doing so will make the City Government a Grand Slam SGLG Awardee for the Component Cities Category and will entitle it to technical assistance and other incentives from the National Government.

The SGLG or otherwise known as the Pagkilala sa Katapatan at Kahusayan ng mga Pamahalaang Lokal is given by the Department of the Interior and Local Government to outstanding Local Government Units in the country that excelled in the following core assessment areas namely: financial administration, disaster preparedness, social protection and peace and order program implementation.

For 2018, the DILG has added additional and essential core areas such as financial administration, disaster preparedness, social protection and peace and order program implementation.

City Mayor Joseph Evangelista is optimistic the City Government will receive the SGLG for the third straight year given the effective performance of the Local Government in terms of giving basic services, transparency and accountability, public safety and other indicators related to the mentioned core assessment areas.

On August 22, the Mayor and Kidapawan City DILG Director Ging Kionisala welcomed the evaluating team from the DILG Region 9 led by LGOO VII Mario Baterna at the City Hall.

Baterna and his team examined documents compiled by the City Government related to the SGLG core assessment areas.

Department managers were also interviewed during the evaluation on how well their respective offices implemented the programs.

On-Site evaluation was also done by the evaluating team to determine the coverage of public services extended by the City Government.

A performance challenge fund and other perks will be given by the DILG to the awardees.(CIO/LKOasay)