Mayor Joseph A. Evangelista mandated to prioritize in the Livelihood program all those guardians and parents of child-laborer. 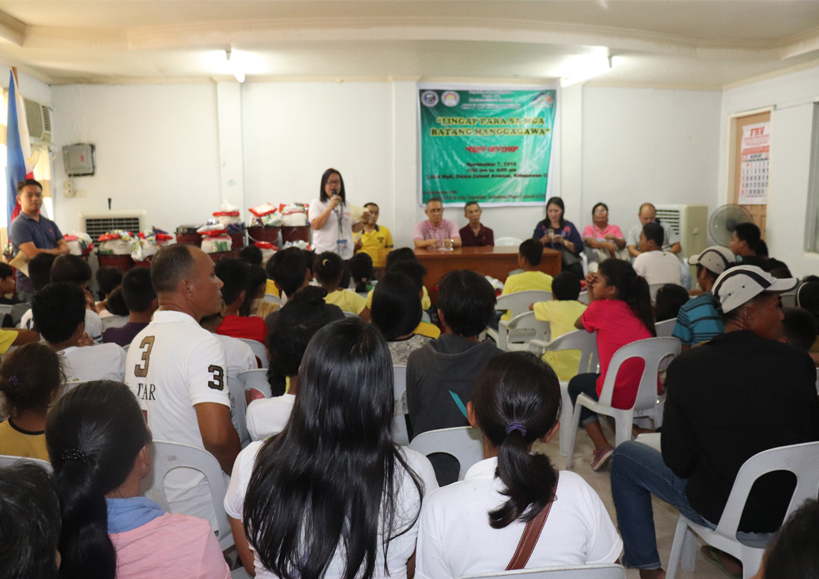 According to the mayor, it aims to assist less fortunate families in order to alleviate their condition and to curve down the number of drop-out children.

“I am eager to see the lives of our youngsters wearing a smile, without hindrance in fulfilling their dreams. And that would be one of my greatest achievement in servicing this community”, mayor Evangelista assert.

The mayor made the pronouncement following the gift-giving activity dubbed as “Lingap para sa Batang Manggagawa” – a joint initiative of the City Government, Department of labor and Employment (DOLE) and City Tripartite Council.

DOLE official, admitted that child-labor linger to exist due to poverty that several family. Though the later, in collaboration with other agency continues to extend its intervention to ease the lives of the needy. (CiO)