CDRRMC recommends for declaration of state of calamity 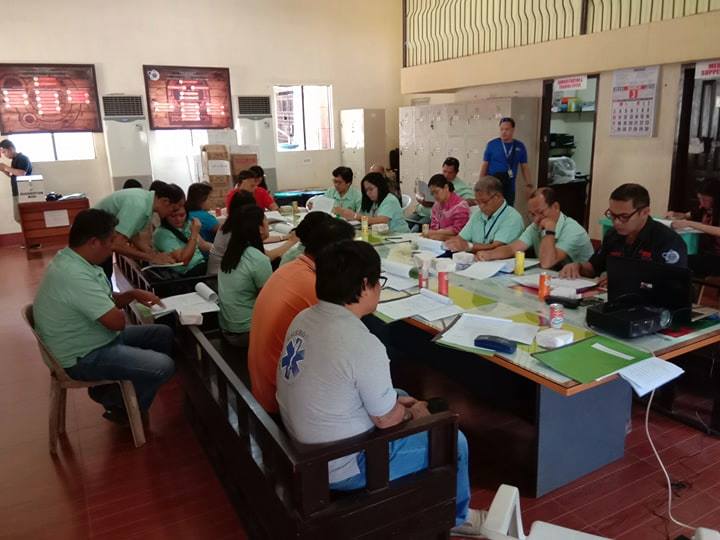 CDRRMC recommends for declaration of state of calamity

KIDAPAWAN CITY – THE CITY DISASTER Risk Reduction and Management Council here is recommending to the Sangguniang Panlungsod for the declaration of a state of calamity in this city due to the onset of the El Niño Phenomenon.
Through CDRRMC Resolution number 05, the declaration will pave the way for City Mayor Joseph Evangelista to authorize the use of the Quick Response Fund to provide immediate relief asssistance to families adversely affected by the dry spell.
Psalmer Bernalte, CDRRM Officer confirm the said development after the members of the CDRRMC met and discussed the immediate action to be done to offset the effects of the EL Niño on March 12, 2019.
Earlier, three hard hit barangays have declared their own state of calamities after the dry spell damaged their crops and stopped the agriculture related livelihood of their residents.
These barangays are Macebolig, Malinan and Patadon.
The City Agriculture Office has reported a 35% damage on rice; 27.5% damage on corn; 37.5% for lakatan banana and 16% to other high value crops among the three viilages mentioned.
Crop damages are estimated to be more than P53 Million, according to the CDRRMC.
Relief assistance consisting of rice and canned goods will be given by the City Social Welfare and Development Office to the affected families.
Rice and corn seedlings will also be dispersed by the City Agriculture Office later to affected farmers to be planted once the normal rains come.
The CDRRMC is hoping for the immediate approval of the SP for the declaration of state of calamity within this week.##(CIO/LKOasay)

Photo Caption – State of Calamity recommended: members of the City Disaster Risk Reduction and Management Council here met and discussed the adverse effects of the El Nino Phenomenon. Initial damage to crops is reported at P53 Million. The CDRRMC will recommend to the Sangguniang Panlungsod for the declaration of state of calamity to provide immediate relief assistance to affected families.(CDRRMO Photo)