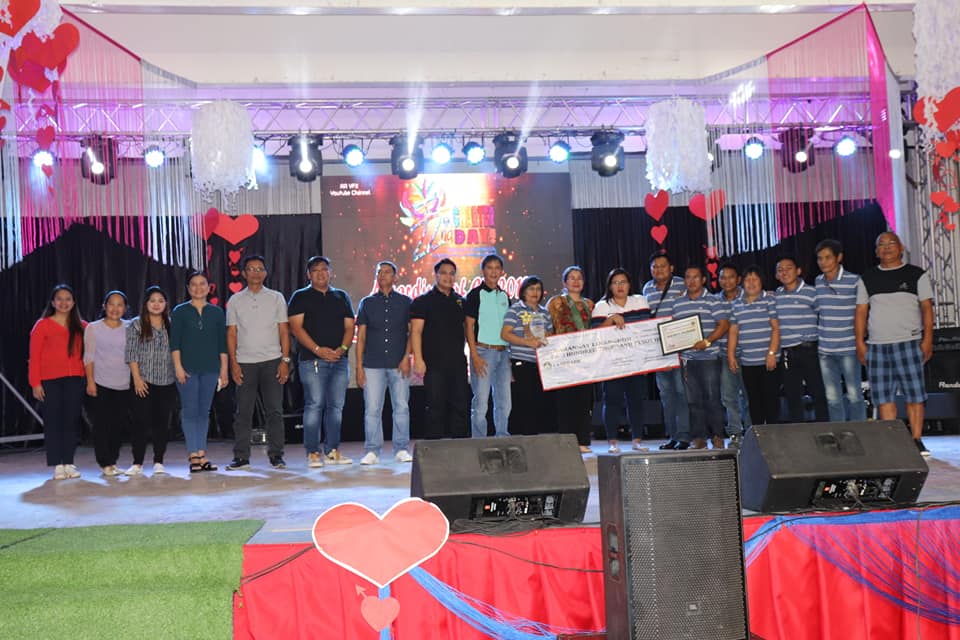 The award is in recognition of the Barangay Governance Performance Assessment for the LGU Award and Incentive Program that is centered on Core Areas such as Revenue Generation, Public Safety and Disaster Preparedness, and Health, and Essential Areas covering the Barangay Council for the Protection of Children Functionality, Education and Community Participation, among others.

“We are giving out the awards in recognition of the exemplary performance of our barangay officials. The incentives will help them give better services as well as implementing priority programs that will improve the lives of their constituents”, City Mayor Joseph Evangelista said in a message to barangay officials.

Over-all winner for 2019 is Barangay Linangkob that scored the highest marks on the Core and Essential Areas particularly the Financial Management Service Area under the Barangay Governance Performance Assessment.

Linangkob also received P200,000 cash prize aside from the Plaque of Recognition from the City Government.

Coming in as 1st Runner up is Barangay Sudapin that scored highest among entries on Solid Waste Management Area and received P150,000 cash incentive and Plaque of Recognition.

2nd Runner up is Ginatilan that scored the highest mark on Health Service Area and received P100,000 cash incentive plus Plaque of Recognition.

Tied for 4th Runner up are Barangays Marbel and Nuangan and received P50,000 cash incentives each.

All barangays underwent the required evaluation of core and essential areas before the awards are given.
Congratulations and keep it up! Padayun kita sa pag-uswag!##(cio/ajpme/lkoasay)
Courtesy: Awards Show Background Music For Oscars Nominations & Openings