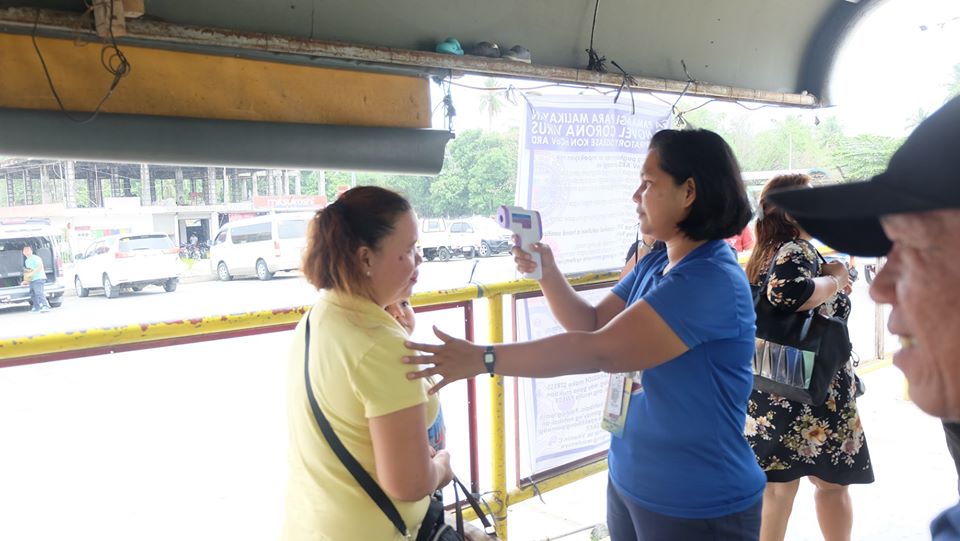 The move is for the prevention of possible spread of Corona Virus Disease 2019 or COVID19 among individuals and communities.

Thermal scanners are pointed to individuals coming in public places to detect body temperature and determine the presence of fever – the first possible symptom of COVID19.

If and when someone’s recorded to have a fever with the use of the thermal scanner, his/her contact details will be recorded for contact tracing in order for the City Government to deter possible COVID19 infection.

Thermal scanners are now deployed at the City Hall, Overland Terminal, City Hospital and Mega Market, among other public places.

Scanners are placed along public entry points and operated by designated employees.

At present, the number of COVID19 Persons Under Monitoring or PUM’s in the city are down to 4 from the 12 persons earlier reported by the City Health Office.

The public is advised to observe proper hard hygiene and sanitation plus boosting of one’s immune system at all times, as prevention for COVID19.
Aside from thermal scanners, hand sanitizers containing 60-70% alcohol solution were placed in the different offices of the City Hall as added precaution.

The City Mayor has earlier issued a public advisory enjoining private establishments to do the same.##(cio/ajpme/lkro)