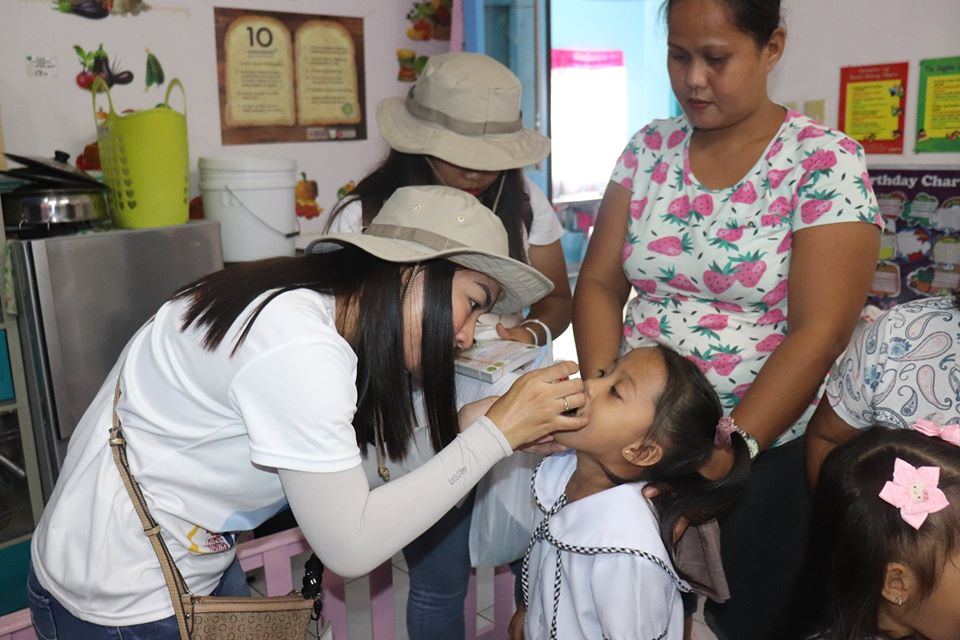 KIDAPAWAN CITY – THE CITY GOVERNMENT HERE continued the fight against polio by vaccinating children aged 0-59 months old in the new round of the Sabayang Patak Kontra Polio on February 17, 2020.

Personnel coming from the City Health Office conducted door to door vaccinations in different communities in the city in an effort to make sure all children identified to receive doses of Anti Polio vaccines are covered.

Earlier, City Mayor Joseph Evangelista urged parents to have their children administered with the vaccines.

“All children aged 0-59 months old must be administered with the Anti Polio Vaccines. I urge parents to please allow the City Health personnel administer the vaccines to protect your children from polio. There is no cure for polio and prevention is the most effective way to address it”, said Mayor Evangelista.

The Sabayang Patak Kontra Polio is a joint program of the Department of Health and the City Government.

Aside from conducting anti polio vaccinations door to door, CHO personnel were also deployed to implement the program along entry and exit check points, City Mega Market and Overland Terminal, Gaisano Grand Mall, Day Care Centers and at the Our Lady Mediatrix of All Graces Cathedral.

All children aged 0-59 months old whether vaccinated earlier or not, are covered by the Sabayang Patak Kontra Polio.

The Department of Health has declared a polio outbreak in the country in 2019, more than twenty years since it last recorded cases of the disease.

There are 17 confirmed cases of polio in the country as of February 2020, the DOH confirmed.##(cio/ajpme/lkro)