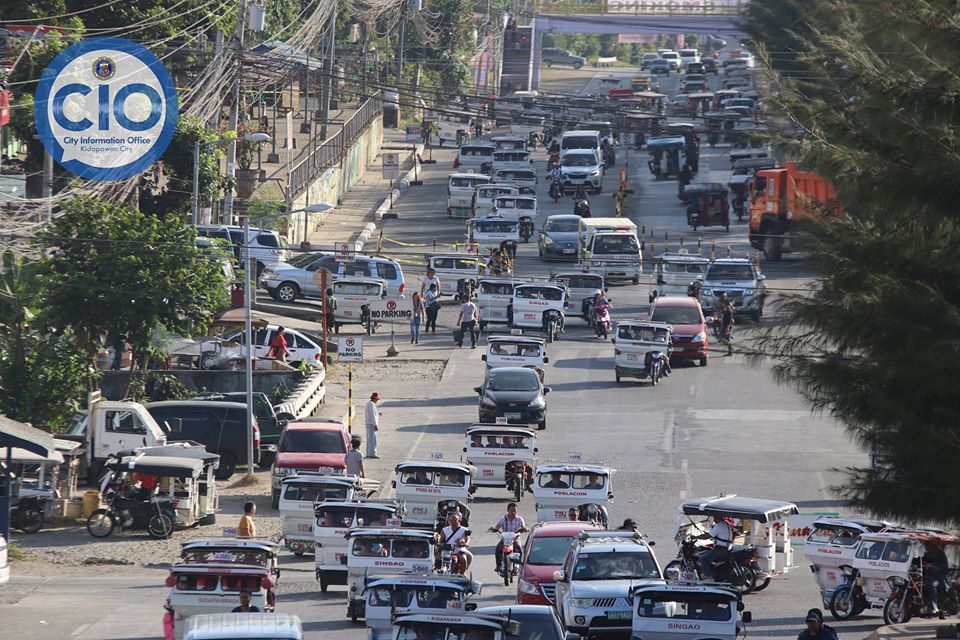 KIDAPAWAN CITY – In consideration for the welfare of the general public, the City Government here will be formulating an updated Tricycle Route Plan in compliance with the directive of the DILG prohibiting tricycles operating along the National Highway.
City Mayor Joseph Evangelista, on February 28, 2020 met City Government Officials, officers of the Federation of Kidapawan Integrated Tricycle Association FKITA , the City DILG Local Government Operations Officer and police officials of the City PNP and Highway Patrol Group for the creation of a Tricycle Task Force to discuss the revision of the new Tricycle Route Plan that will be acceptable to drivers, operators and the riding public, yet, compliant with DILG Memorandum Circular number 2020-036.
On February 17, 2020 the Department of the Interior and Local Government mandated all Local Government Units to prohibit tricycles in operating along national highways, hence, the formulation of an updated Tricycle Route Plan by the City Government.
Memorandum Circular 2020-036 also set a deadline for all LGU’s to implement the prohibition of tricycle operating along national highways by March 17, 2020.
The primary reason for the issuance of MC 2020-036 is the safety of the riding public as a measure of preventing tricycles getting involved in road accidents.
However, there is an exception according to the law, as it may allow tricycles to ply the national highway when ‘there is no alternative route available for transporting passengers’.
Mayor Evangelista instructed the Tricycle Task Force that will formulate the TRP to ponder on the said considerations.
The City Government has already formulated an earlier version of the TRP under the Local Public Transport Route Plan or LPTRP in 2017.
This covers routes for all Public Utility Vehicles and tricycles plying Kidapawan City in compliance with a similar directive coming from the Land Transportation Franchising Regulatory Board or LTFRB.
It was already submitted to the LTFRB but the latter has yet to inform the City Government of its approval up to the present.
The Mayor requested the task force to communicate with the LTFRB and determine the status of the LPTRP, as the City Government is formulating an updated TRP.
The Tricycle Route Plan shall contain the schematic map showing the locations of all tricycle terminals and routes authorized by the City Government. Also, it must identify portions of the national highway utilized by 4 wheeled vehicles greater than 4 tons and where normal speeds exceed 40 kilometers per hour. In addition, it must identify portions of the national highway that tricycles may use for lack of alternative route.
The TRP will be used as basis for an ordinance that will be enacted by the Sangguniang Panlungsod that will be approved by the Mayor, and submitted to the DILG for compliance.
The City Government plans to refine the TRP taking into consideration DILG MC 2020-027 or the road clearing mandate that was implemented earlier.
At present, the City Government is in talks with the FKITA and other tricycle operators and drivers in an effort to discuss the said matter to ensure the smooth implementation of MC 2020-036.##