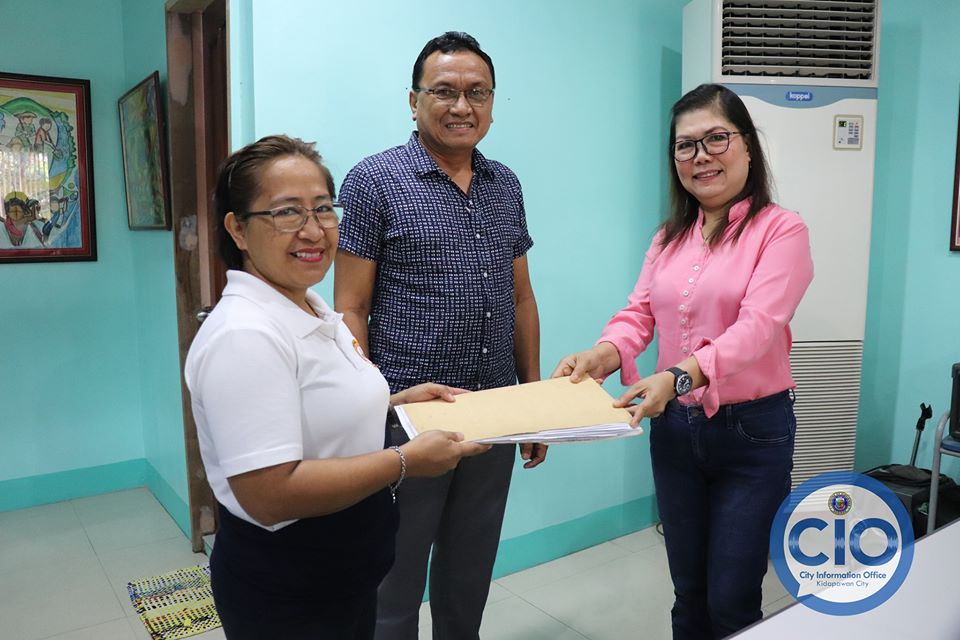 KIDAPAWAN CITY – Full support will be expected by the new City DILG leadership.

This was the assurance made by City Mayor Joseph Evangelista to new Kidapawan City Department of the Interior and Local Government Local Government Operations Officer Julia Judith Geveso during the turn over ceremony and courtesy call on March 3, 2020 at City Hall.

Geveso as LGOO VI, served at the Municipality of President Roxas, Cotabato before her assignment here.

Mayor Evangelista assured Geveso that the City Government will abide with the directives of the DILG and sustain its implementation.

The City Government gives cash incentives to Barangay LGU’s that achieved the mentioned innovations as a reward and means for sustainability of exercising its mandate on governance and delivery of services.