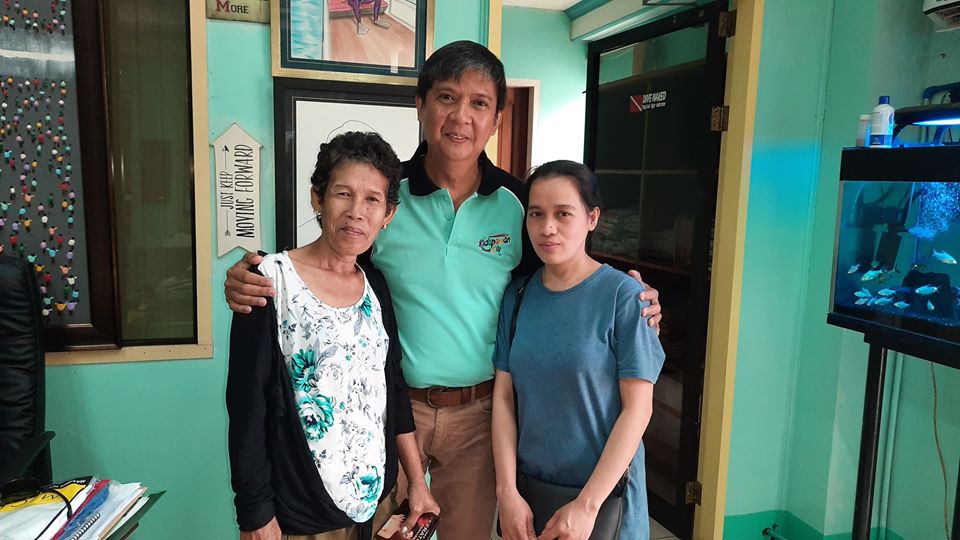 ANOTHER DISTRESSED KIDAPAWENYA WORKING OVERSEAS REPATRIATED
KIDAPAWAN CITY – ANOTHER KIDAPAWENYA DISTRESSED Overseas Filipina working in a household in Kuwait was safely repatriated back here after the intervention made by the City Government.

Evelyn paid a visit to City Mayor Joseph Evangelista on March 5, 2020 to personally thank him for providing the needed assistance for her safe and successful repatriation back to her family.

In their conversation, she told Mayor Evangelista that she was beaten up by her male Kuwaiti employer. This is aside from her salary not given for a long time, and sleeping in cramp and unventilated room for the whole duration of her employment.

Evelyn also revealed that her agency’s office closed here in the Philippines and that she was sold to another agency for her services.

Unknown to her employer, she posted her difficult situation on Facebook when she was able to have the opportunity to use her cellphone.
Upon learning of her situation, her family in Barangay Katipunan sought the assistance of Mayor Evangelista.

The mayor then dispatched Ms. Aida Labina of the CHRMO to coordinate with the authorities to repatriate Evelyn back in Kidapawan City.

Ms. Labina coordinated with the Overseas Workers Welfare Administration and Philippine Embassy officials in Kuwait on the third week of February 2020 and successfully rescued Evelyn from her employer.

Evelyn is the third overseas working Filipina to be repatriated back home recently with the intervention of the City Government.

Grace Entrina from Sibawan Kidapawan City and Maribel Lapinid from Pikit Cotabato safely went back home and reunited with their loved ones in February 2020 after receiving maltreatment from their employers through the help extended by the City Government.

At present, Evelyn is being considered to receive livelihood assistance from the OWWA, Labina said as she is coordinating with the agency in processing the pertinent documents needed.##(cio/ajpme/lkro)

AT HOME AT LAST:Overseas Filipina Evelyn Cumahig was successfully rescued from her abusive Kuwaiti Employer through the intervention of the City Government. Evelyn and her mother pay a visit and personally thanked City Mayor Joseph Evangelista for facilitating her reunion to her family on March 5, 2020.(cio photo)