Kidapawan City is third most competitive component city in Mindanao 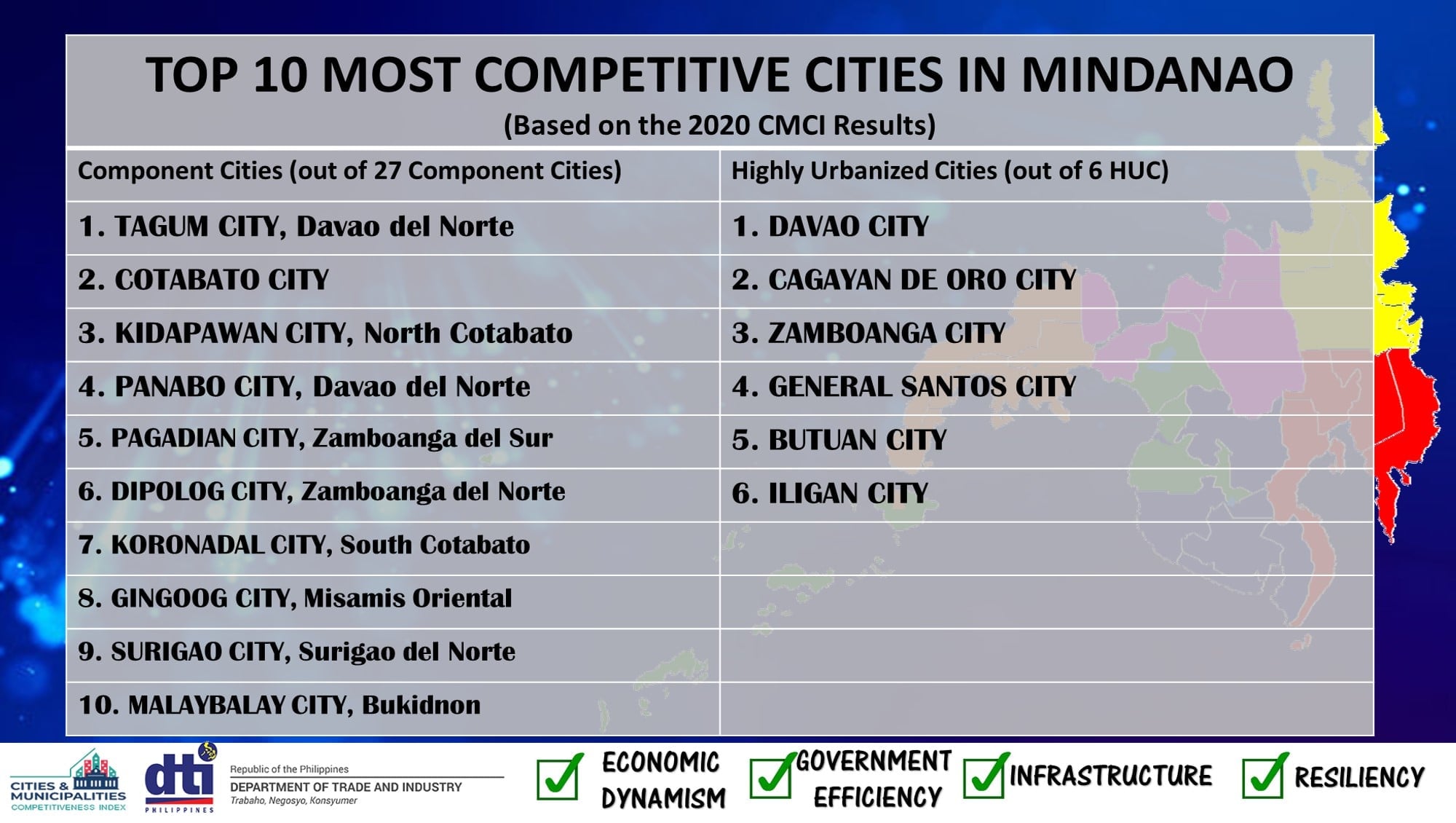 Kidapawan City is third most competitive component city in Mindanao

Kidapawan City (January 22, 2021) – The City of Kidapawan emerged as third among the most competitive component cities in Mindanao based on the ranking of the Cities and Municipalities Competitiveness Index (CMCI) for 2020.

The CMCI is a yearly endeavor by both government and private entities which aim to promote a more competitive country and instill excellence among cities and towns while strengthening collaboration and reduce poverty through inclusive growth.

“Our data speaks for itself and we are more than happy the CMCI has recognized our efforts and our commitment to make Kidapawan City a more livable place”, said Kidapawan City Mayor Joseph Evangelista.

Mayor Evangelista said the City Government is elated with the ranking attained by Kidapawan and attributed this to the strong partnership with the different stakeholders and their continued support to all the programs and projects of his administration.

“We are way ahead of other bigger cities and received the recognition despite the challenges and difficulties brought by the Covid19 pandemic”, the mayor said adding that the current leadership is geared towards economic recovery with the help of the community.

The mayor also highlighted the sacrifices of the city last year as many constituents took a tool from the Covid19 pandemic but does not hinder the Kidapawenos to unite even more and work hand in hand with the City Government.

The DTI Competitiveness Bureau, Department of Interior and Local Government (DILG), and other agencies comprising the National Competitiveness Council (NCC) accumulates and evaluates the data submitted or complied by the cities and municipalities and from the regional level.

The City Government of Kidapawan continues to implement programs and projects geared towards enhancement of business climate and in advancing truthful public service for all. (CIO_AJPME/jscj)