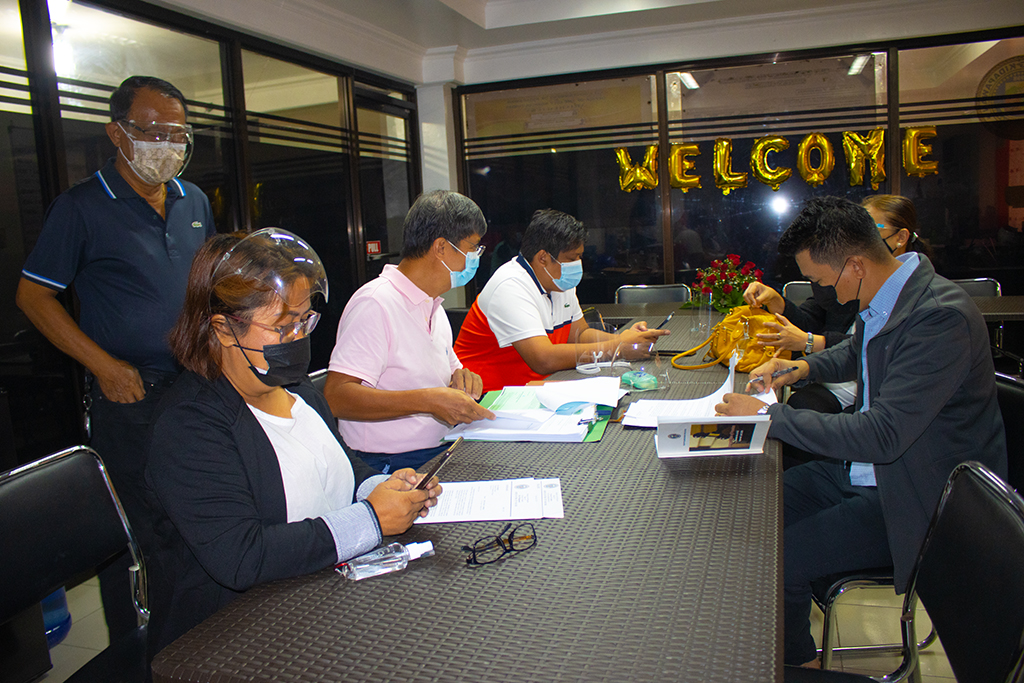 KIDAPAWAN CITY (January 13, 2021) – With high spirits and optimistic of a renewed commitment to serve the people,Kidapawan City Mayor Joseph A. Evangelista led the inauguration of the new Executive-Legislative office on January 7, 2021.

The office is situated at the left portion of the City Hall just beside the Office of the City Agriculturist and will now be used by the members of the Sangguniang Panlungsod ng Kidapawan and their staff to fine tune and craft responsive legislative advocacies for the people.

The new office is intended to provide a convenient workplace and a more appropriate place for both the Executive and Legislative meetings.

During the inauguration, Mayor Evangelista said the City Government continues to improve its service to the people and the new workplace will inspire the employees to give their best in serving the constituents.

“We continue to aim high for the sake of our people and we strive for better service, thus; this new office”, he said adding that his administration always thinks of ways to inspire City Hall personnel as they are the front liners in delivery of genuine service.

Before its formal opening, the new building was blessed by Fr. Desiderio Balatero, DCK followed by the ribbon cutting ceremony led by the mayor, some department heads along with key personnel from the SP of Kidapawan City.

For their part, the members of the city council expressed their gratitude to what they say is a noble way of inspiring public servants to work and aim for more for the sake of the people.

With this, the city council also thanked the executive for the continued partnership that resulted to many gains and achievements. (CIO_AJPME/jscj)