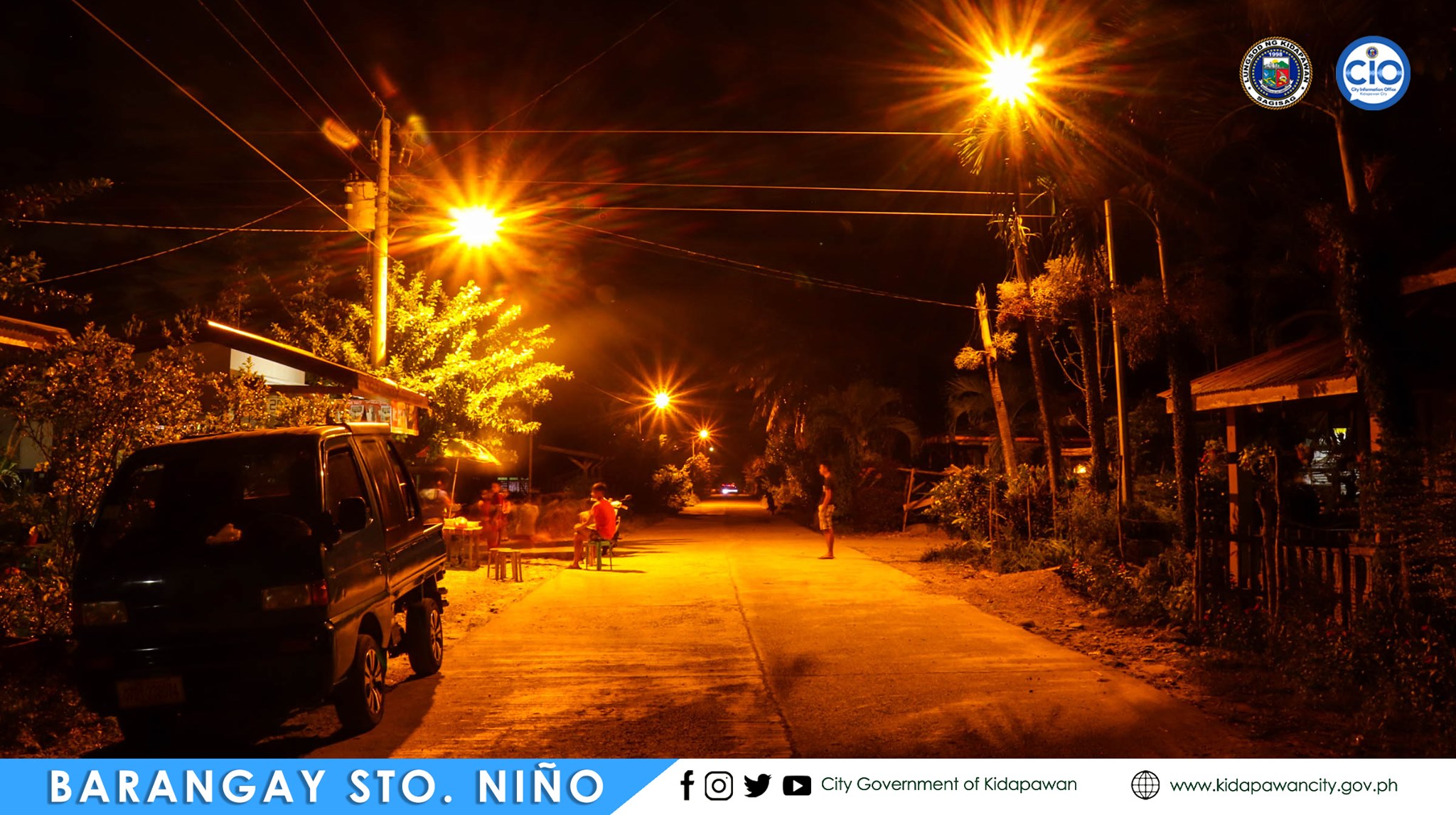 KIDAPAWAN CITY (March 3, 2021) – The City Government of Kidapawan utilized close to P8M funds for the installation of street lights and other improvements in the Center Islands, Quezon Boulevard in Barangay Poblacion and in other villages that need street lighting system.

In its 2020 Accomplishment Report, the City Government’s Task Force Kahayag a group of personnel coming from different offices or department of the City Government assigned to facilitate the street lighting projects, informed that the total of LED luminaires installed is 440.

Engr. Francisco Tanaid, Head of Task Force Kahayag, further informed that from this total, 49 LED lights (110 watts) were installed in the opposite lanes of the Center islands, 92 LED lights (70 watts) in the Barangays of San Roque,Gayola, San Isidro, New Bohol, Linangkob, Sto. Nino, Sumbac, Macebolig, and Onica; and 120 (60 watts) in the Barangays of Kalaisan, Sudapin, Mua-an, Nuangan, and New Bohol. In addition, some 158 additional LED lights (70 watts) were installed in other barangays as part of the completion of the street lighting project of the City Government of Kidapawan, according to the task force.

Kidapawan City Mayor Joseph A. Evangelista said the installation of street lights in the Center islands and different villages is for the safety and security of the residents and the fulfillment of his administration’s mandate to provide lighting system not only in the center of the city but including far-flung villages.

“Most of the crimes and accidents happen in the dark parts of the highway and other main roads but with the streets now illuminated, these can be deterred or avoided”, said Mayor Evangelista. “This is also to prove to our constituents our commitment to serve and uplift their living conditions and that government funds are utilized properly.

The P8M street lighting project was funded through the 20% Economic Development Fund (EDF), City Aid to the Barangays, and the Department of Interior and Local Government (DILG)Performance Challenge Fund received by the City Government of Kidapawan for being awarded the Seal of Local Governance (SGLG) for four consecutive years.

The Energy Development Corporation (EDC) and the Cotabato Electric Company (COTELCO) provide support to this project in terms of technical and other form of assistance.  (CIO_AJPME/jscj)