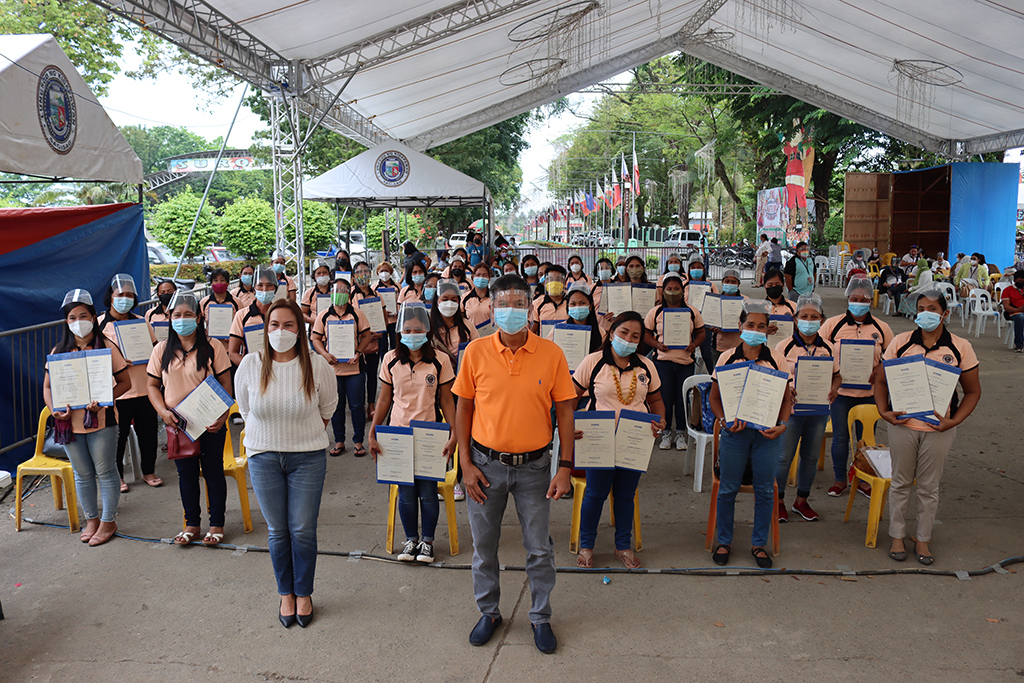 Some 40 Day Care Workers (DCW) of Kidapawan City have been given Level 1 Accreditation by the Department of Social Welfare and Development Office (DWSD) 12. The DCW’s received the endorsement in a simple ceremony held recently at the Mega Tent fronting the City Hall where each of them was given certification signed by DWSD 12 Regional Director Cesario Joel Espejo. Representatives from DWSD12 and City SWD office led the distribution of certificates to the recipients. The DCW’s in return showed their appreciation as they are now equipped with the highly regarded accreditation. This is the result of passing the assessment and evaluation of the DSWD Early Childhood Care and Development Center-Based Programs conducted by the agency’s set of evaluators. No less than Kidapawan City Mayor Joseph A. Evangelista gave a message to the DCW’s and recognized their great contributions in nurturing young children and molding them to become good citizens. “Our Day Care Workers ensure the proper growth and development of our children by teaching them both academically and socially and the important values imparted to the young ones”, said Mayor Evangelista. He attributed the accreditation given to the DCW’s to their dedication and commitment to serve the community particularly in taking care of the children and ensuring a better life for them. The accreditations of the said DCW’s is for three years and vouch their capacity in areas such as advancement of children’s growth and development, partnership with families and communities as well as Local Government Unit, among others. The City Government of Kidapawan in years, has allotted sufficient funds for education ranging from construction of classroom buildings, provision of learning materials, health and nutrition, and other developmental programs for children. It has also actively and efficiently partnered with various government agencies in implementing projects for education and academe development. Mayor Evangelista has, for a long time, also prioritized education plans and programs for teachers or educators and is very much grateful to the education sector for the strong partnership and ties with his administration. (CIO-AJPME/JSCJ)