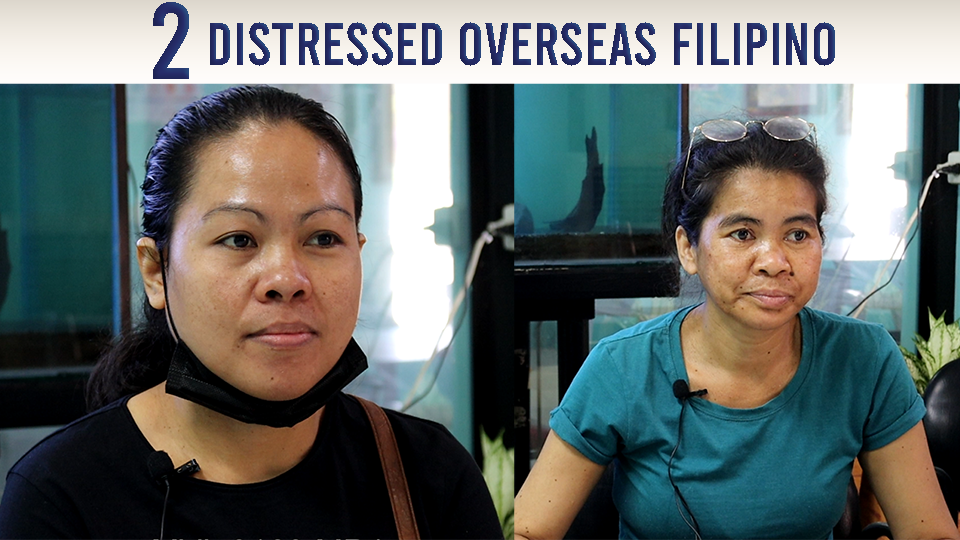 KIDAPAWAN CITY (March 16, 2021) – The Covid-19 pandemic and the global lockdown and economic slowdown it caused has affected so many people around the world. This negative situation is experienced by different nationalities including many Filipinos working abroad.

Two OFWs from Kidapawan City – Nelba Desabille and Daylin Havana were not exempted from this circumstance and had experienced different problems abroad during the pandemic. Worried, their families sought the help of the City Government so that they can communicate with the two and to possibly find ways bring them back home in the city.

Desabille, a resident of Barangay Sibawan suffered a stroke while working in Riyadh last year. She was taken to hospital by her employer who happens to be a doctor and shouldered her hospitalization expenses.

The main problem of Desabille’s family is they do not have any communication with her and would like to know how was she doing after her stroke.

On the other hand, Havana, a resident of Barangay Mateo was much affected by the pandemic as she was not receiving any salary for 6 months when the pandemic occurred. She was transferred by her employer to work for a family in Jeddah but things were still uncertain for her.

Upon learning their situation, Kidapawan City Mayor Joseph A. Evangelista responded and immediately tasked Aida Labina, Focal Person on OFW concerns to look for ways to contact the two Kidapawenos through their agencies and employers as well.

Labina then facilitated the communication with the help of other concerned government agencies including the Overseas Workers Welfare Administration (OWWA) and the Department of Foreign Affairs (DFA) and was able to get in touch with the employers and eventually with Desabille and Daylin.

The two has arrived in Kidapawan City and were finally reunited with their respective families, Havana on March 3, 2021 and Desabille on March 10, 2021.

During their visit to the office of Mayor Evangelista, Desabille and Havana both thanked the mayor for responding immediately to their problems and exhausted all means to bring them back home.

She added that the mayor has already helped her even before she left to work as a household helper in KSA and was very grateful to all the efforts extended to her adding that even her employer was impressed by the action of Mayor Evangelista to help her.

For her part, Havana said she needed to work abroad to support her special child and to be able to meet both ends while working also as household helper.

She further said that things became very difficult especially during the lockdowns as she was not receiving any salary for six months and now that she is back at home, she can only express how grateful she was to the City Government.

Both Desabille and Havana received some cash assistance from the City Government of Kidapawan which they can use for their daily needs. (CIO-AJPME/JSCJ)