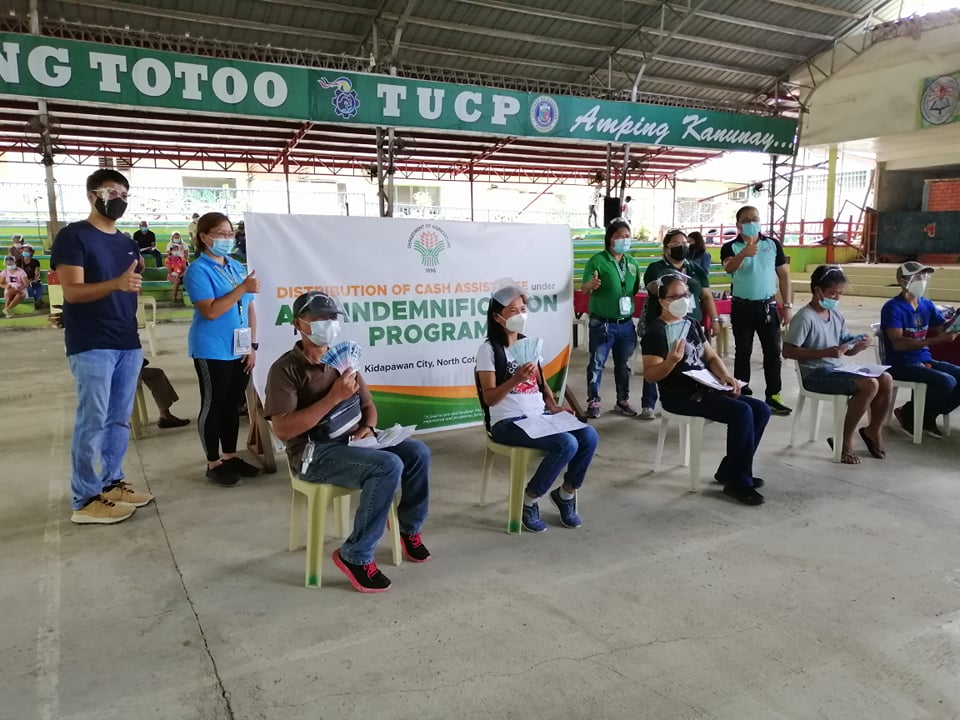 A total of 142 hog raisers from four villages in Kidapawan City whose piggeries were adversely affected by African Swine Fever (ASF) have received indemnification in the form of cash assistance from the Department of Agriculture (DA). The indemnification took place at the Kidapawan City Pilot Elementary School (KCPES) led by representatives from the DA 12 today, March 24, 2021. The recipients are from Barangay Linangkob (54), Barangay Sikitan (42), Barangay Gayola (24,) and Barangay Mua-an (22) totalling to 142 hog raisers. They received a total of P3,585,000 cash assistance from the DA as part of the program to help the hog raisers cope up with their losses brought about by ASF. The recipients have undergone assessment and validation by the City Veterinarian Office and other related procedure and submitted the data to the Department of Agriculture 12 for approval and release of the indemnification, according to City Veterinarian Dr. Eugene Gornez. In previous months the City Vet with the help of the Provincial Veterinarian Office performed the repopulation of hundreds of pigs in barangays affected by ASF which was a big setback to the hog raisers and farmers. Kirby Joi Sedilla-Garcia, Livestock Focal Person, Operation Division, DA 12 said the indemnification of affected hog raisers particularly the small ones is the agency’s response to alleviate their conditions by providing the amount of P5,000 for every pig culled. Meanwhile, the City Veterinarian Office said the last reported case of ASF was on December 4, 2020. The hogs in infected villages are being swabbed first before conducting repopulation, according to Veterinarian II Dr. Elaine Mahusay. She said that a test called bioassay for hogs using ASF Nanogold Biosensor Test is used to determine if the animal is infected with ASF, At present the City Veterinarian Office continue to monitor the existing piggeries in the city and is doing coordinated response with the DA to provide hog raisers with various forms of assistance. (CIO-AJPME/JSCJ)