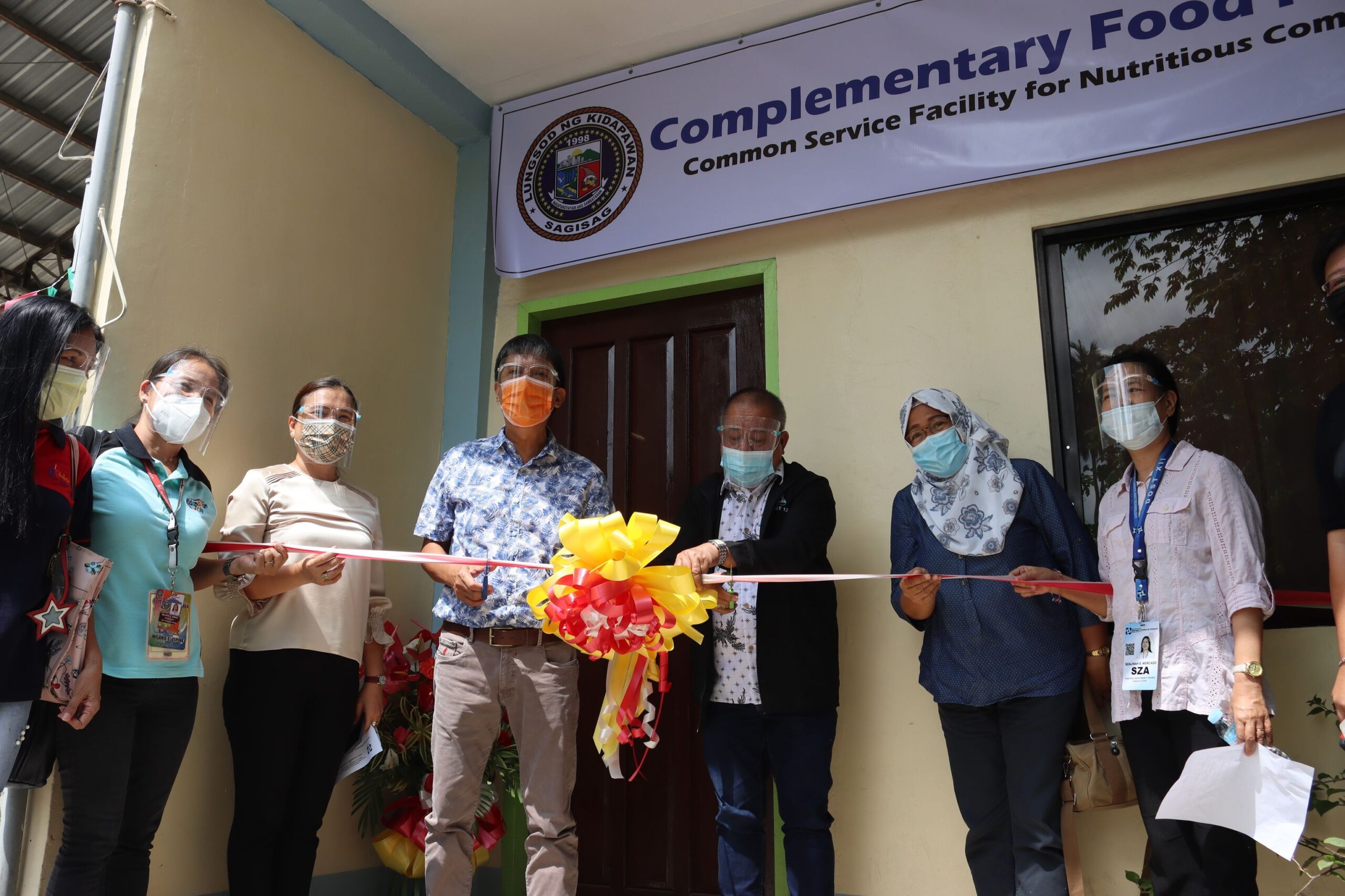 KIDAPAWAN CITY, April 8, 2021 – The Department of Science and Technology (DOST) 12 and the City Government of Kidapawan joined hand in hand in the campaign against malnutrition and to sustain provision of healthy food for young children, especially those nutritionally deficient children in the city.

Today, April 8, 2021, Kidapawan City Mayor Joseph A. Evangelista and DOST 12 Regional Director Engr. Sammy Malawan led the launching and formal opening of the Complementary Food Center in the village of Magsaysay, Kidapawan City with the presence of barangay officials and other stakeholders.

The project total cost is P3M where the DOST funded P1.7M and the City Government shelled out the amount of P 1.3M as counterpart.

Prior to the establishment of the Complementary Food Center, Mayor Evangelista was able to send a proposal letter to DOST 12 in 2017 for the said project in order to augment nutritious food for the growing number of day care and pupils in public elementary schools in the city.

“We seek to establish initiatives to help fight the incidence of malnutrition in some villages, more importantly those who are living in far-flung areas”, said Mayor Evangelista. He emphasized that fighting malnutrition does not need to be expensive and it can be done by using the proper technology from the DOST.

For his part, RD Malawan highlighted the efficient collaboration between the DOST and the City Government of Kidapawan which resulted to the establishment of the center. “The DOST is elated to see the enormous support of the City Government led by Mayor Evangelista for the materialization of the project. Together, we will continue to introduce science-based interventions to come up with concrete answers to the problem of malnutrition”, said RD Malawan.

Some nutritious food that are available in the Complementary Food Center include rice with mongo blend and vegetables, rice and mongo with sesame and rice and mongo baby food blend. The DOST-Food and Nutrition Research Institute also collaborates with the center in coming up with nutritious recipe being supplied by the Complementary Food Center for young children especially in this time of Covid-19 pandemic.

Furthermore, the City Nutrition Office as well as the City Agriculture Office will be partnering with the center to come up with more healthy food that will be sought by the children and is not costly. (CIO-AJPME-jscj)