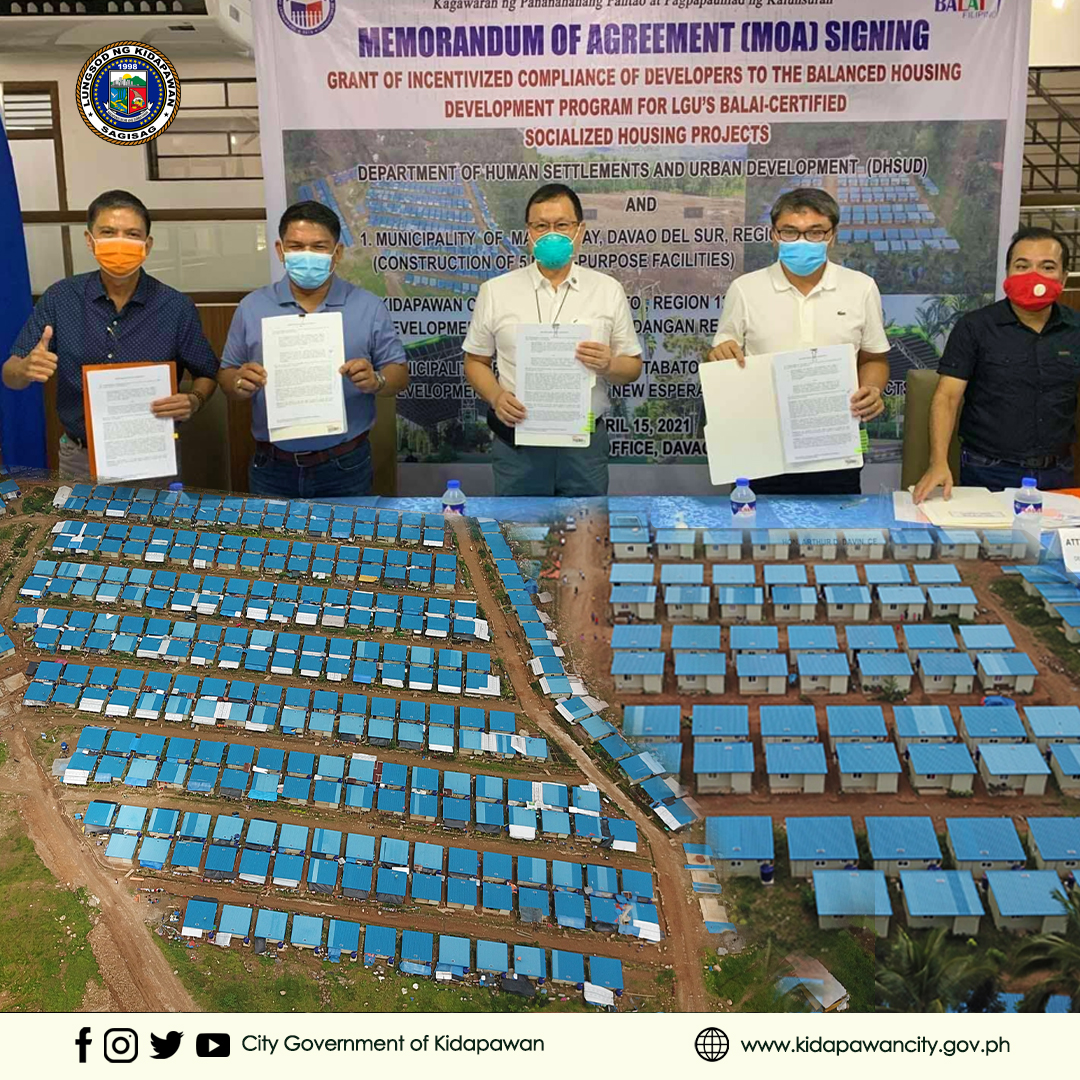 KIDAPAWAN CITY, April 19, 2021 – The Department of Human Settlement and Urban Development (DHSUD) and the City Government of Kidapawan has entered into a Memorandum of Agreement (MOA) to facilitate the release of P20M to be utilized for various socialized relocation and relocation projects in the villages of Ilomavis and Perez, Kidapawan City.

DHSUD Sec. Eduardo del Rosario and Mayor Evangelista, signatories of the said MOA, both expressed high optimism for the venture that aims to build more houses for the 2019 earthquake-stricken families from the two barangays this year.

Funded by the DHSUD, the relocation project is under the BALAI Filipino Program of the National Housing Authority (NHA) and the City Government for its part shall develop the projects and cause the completion of the land development component in accordance with approved program and schedule.

The relocation sites have a combined total area of 91,096 square meters which will cater to some 768 families, whose houses were either totally damaged by earthquakes or whose residences were located in areas tagged as high-risk.

The houses that will be built come with electric and water connections, drainage canals, and road rehabilitation making it more livable and convenient for the beneficiaries.

Mayor Evangelista wasted no time in reaching and coordinating with the concerned government agencies – Office of the Civil Defense (OCD), NHA, DHSUD, as well as other offices to generate funds for the relocation of thousands of families hit by earthquakes to safer areas.

Three relocation sites were already opened and houses formally turned over to recipients by no less than Mayor Evangelista himself. These were in Barangay Ilomavis on July 2020 (357 houses), Barangay Indangan on February 8, 2021 (108 houses), and Barangay Perez on March 26, 2021 (50 houses initially).

The City Government of Kidapawan is the first LGU among earthquake-stricken areas to fully implement and completely turned over houses funded by national government agencies. (AJPME/JSCJ-CIO)