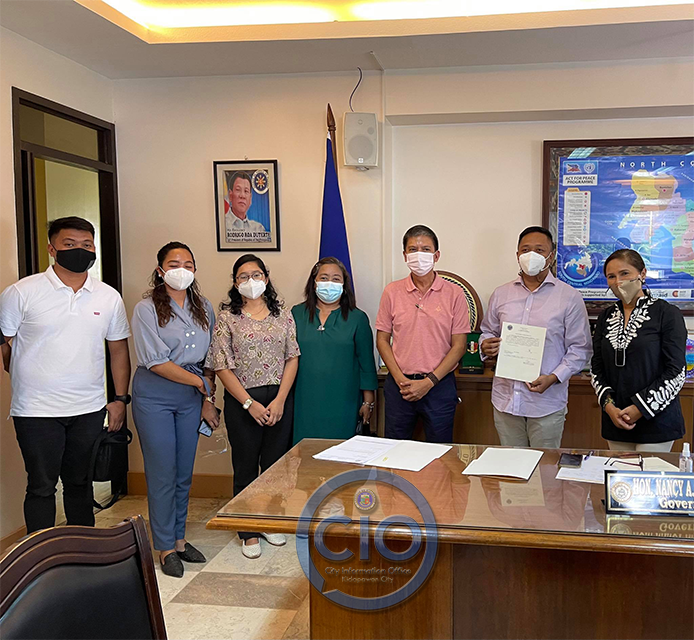 KIDAPAWAN CITY, April 26, 2021 – Galen Ray T. Lonzaga formally assumed his post in the City Council as the No. 3 Councilor in Kidapawan City on Monday after being sworn in by Cotabato Governor Nancy A. Catamco with the presence of City Mayor Joseph A. Evangelista at the Provincial Governor’s Office, Capitol Compound, Barangay Amas this city.

Lonzaga, eldest son of City Councilor Gregorio Lonzaga replaced the latter following his resignation earlier this month as he cannot perform his duties and responsibilities anymore due to health reasons.

The younger Lonzaga will now be the Chairman of the two committees held by his father namely the Committee on Senior Citizen and Committee on City Cooperative and Vice Chair of the Committee on Barangay Affairs, and promised to instill development and advance the welfare of the sectors being catered or served by his committees.

“I would serve my constituents to the best of my ability and continue the things my father has started especially in the remaining year or more of my term as councilor”, said Lonzaga.

Lonzaga worked as an Executive Assistant to the City Mayor and handled the City Mayor’s Barangay Affairs Office before assuming his father’s post.

Lonzaga also said he is looking forward to attend his first regular session at the Sangguniang Panlungsod ng Kidapawan on Thursday, April 28, 2021. (AJPME/jscj-CIO)